One of the fascinating and interesting aspect of Badaga [both people & language] is the free use of delightful but deep meaning proverbs called “DHODDARU SHLOKA”. When you engage an elderly Badaga into any conversation, you are sure to hear a lot of these proverbs thrown in to make / emphasis a point.

Prof. Paul Hockings, probably the most authentic researcher on and of Badaga lists more than a thousand Badaga proverbs, 1730 to be precise. He feels that 1730 could be a complete figure containing all the proverbs there are. See his book,’Counsel from the Ancients: Study of Badaga Proverbs, Prayers, Omens and Curses’. He has given the meaning in English as well as making it easy to understand, in a beautiful manner.

Though I find his collection extremely interesting and educative, I do not agree with some of the conclusions he draws on certain proverbs. For example, on the proverb, ‘Odhidhama Niddhana, Oddidhama Erandina’ Prof.Hockings interpretation is quite different to what I feel is the correct meaning. I think ‘a person who spends time learning and ponders (over a problem) is better than the one who runs away (in a hurry) and thus trips over. [Odhidhama – one who has learnt (spent time learning), Niddhana – stops to ponder over[think], Oddidhama – one who runs, Erandina – trips over]. We can hear mothers telling their young children ‘Oda beda , Erandire’ – Donot run, you will trip over (a stone or any obstruction). That is ‘ do not be in a hurry and take a hasty decision’.

Another one is ‘Michidhavaga Morande Kolu Bangara’. In my opinion . the lady who does not listen to any one (Michidha Hemmathi) is bound to land up as a widow (when ‘Morande Kolu – a small stick of morende tree – replaces her jewellery (bangara) during the Ole Kattuva ritual of husband’s death / funeral ceremony). Prof.Hockings feels Mechidhavaga (see the difference between michidhava – one who does not listen- and mechidhava – one who is appreciated by all – even a morende kolu is enough as jewellery. Is it a case of wordplay (pun) by our ancestors??

I have listed a few of the proverbs below and hope to add more in future.

Counsel from the Ancients: A Study of Badaga Proverbs, Prayers, Omens and Curses
By Paul Hockings] 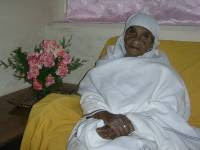 WELCOME TO THE WONDERFUL WORLD OF BADAGAS!

Play one of the Badaga Dance songs while you read these proverbs.Click on the play button or 'on' the song

Badaga Songs on the Web

Listen to some fantastic streaming music as you browse:

1.Badaga Origin [What we DO NOT know about Badagas is more than what we know about them. Such is the mystery of Badaga Origin. Read the complete article here]

2.Badaga Language ["It appears that there are none who know ‘PURE’ Badaga. This is not due to lack of words in Badaga. Lot of Badaga words have been forgotten [due to the influence of Tamil and English] and hence become extinct”.]

3.Badaga Names[What is in a name, a rose smells the same by any other name” so said a great poet. But is it so ? In the context of preserving the culture of a community, the names given to both persons and places can play a very crucial part.]

4.Badaga Songs [Music and Badagas are inseparable. Be it the ever green dance (aatta) numbers, the sad savu (funeral) songs or the beautiful ballads...sky is the limit. For some nice Badaga songs click here

5. Badaga Villages – Hattis[Badagas, generally, refer to their village or hamlet as ‘ HATTI ‘ spread around ‘Nakku Betta’ (the Nigiris). Nakku Betta literaly means four (Nakku) Mountains (betta) though there are many hills around which the villages are located]

6. Hethay Amma History[Hethay Amma is the deity of all Badagas. Hethai Habba is always on the first MONDAY (SOVARA), the most sacred day of Badagas, after the full moon (paurnami – HUNNAWAY ) that falls in (Tamil) Margazhi month, that is the 9th day after eight days of ‘Kolu’]

7.Badaga Jewellery [The main ornaments are the nose ring called ‘ MOOKUTHI ‘ and the ear ring known as ‘CHINNA’ . Chinna , literaly means gold but usually refers to ear rings. The type shown above is worn both by men and women. Of course, the ‘ BELLI UNGARA ‘ [silver finger ring] has a special place in Badaga tradition and considered to have medicinal / health benefits]

9.Badaga Funeral [Ever since I became aware of the verses of ‘Karu Harachodhu’, I felt how nice it would be if these beautiful words could be given in English [ both in script and as translation] so that the present day youngsters could understand one of the most important and significant part (prayer) of Badaga funeral rites]

10.All about Ari Gowder [Rao Bahadur H.B.Ari Gowder, the first Badaga graduate, first Badaga M.L.C & M.L.A for a long time who had brought many reforms in/to Badaga Community including ‘prohibition’ (no alcohol - kudi to Nilgiris in British days itself. Ari Gowder lead the Indian contigent (yes, “INDIAN CONTIGENT) to World Scouts Jumboree held in Europe in the 1930s]

11.First Badaga It will be very interesting [I hope as well as informative & motivating] to list all those BADAGAS who were / are the ’FIRST’in any field.Where I am not sure, I have put a question mark, so that someone may supply the correct or corrected info

12. Rare Photos [..the photo shows..Rao Bahadur Bellie Gowder with British Engineers and workers at Bridge No.33 between Coonoor & Mettupalayam. Bellie Gowder was involved in laying the Nilgiri Mountain Raiway, now WORLD HERITAGE, a hundred years ago..]

13. Badaga Day [May 15th is celebrated as Badaga day, every year. Many may not be aware that this has been done from 1993 onwards. The Porangadu Seeme (Mainly Kotagiri Area) has been celebrating this day as ‘Ari Gowder Day’ also, in honour of Rao Bahadur H B Ari Gowder...]

14.Badaga Poems[One of the enchanting aspects of Badaga Language is its disarming simplicity. But though the sentences are swathed in sweetness of simple words, it can contain deep expressions of emotions conveyed in the proper usage of rhymes [holla – alla] or pair words [huttu – nattu] apart from other attributes]

15.Badaga Elders [There are a few elderly Badagas spread among our Hattis and Cities who are so well informed about us. May be due to their age or the personal interest and individual atrributes, they know about our origin, customs, culture or anything connected and concerning Badagas. It is a shear blessing to meet them.]

16. Badaga Recipes [Badagas usually grow vegetables in their small patch(es) of land called ‘HOLA’ (see photo) for their regular use apart from other commercial crops like potato, cabbage, carrot and cauliflower etc. These would also include many varities of beans, peas, greens, corn etc]

17.Badaga Proverbs [One of the fascinating and interesting aspect of Badaga [both people & language] is the free use of delightful but deep meaning proverbs called “ DODDARU SHLOKA”. When you engage an elderly Badaga into any conversation, you are sure to hear a lot of these proverbs thrown in to make / emphasis a point]

18.Badaga Calendar[Badaga month should start on the 10th of an English month as far as possible and also to ensure that the number of days in a month is either 30 or 31 days. Since Badagas consider ‘Sovara’ (Monday) as the most auspicious and ‘holy’ day, they have attached a lot of importance to that day]

19.Badaga ScriptIt has always been felt that for a language to survive, it should have its own script. It cannot remain only as a spoken language for long. But of course, the script need not be peculiar and specific one pertaining to that particular language. So too is the necessity of a script for Badaga.

Many have attempted to achieve this objective with various degrees of success. But unfortunately, to my knowledge, no records exists, if any. I am no expert on phonetics or languages or much less innovating an unique script. But the urge to have a separate script has convinced me that it is very much possible to ‘ADOPT’ an existing script and ‘ADAPT’ it to Badaga language.

No articles, images and other material in this website can be reproduced without the written permission of
Wing Commander Bellie Jayaprakash B.E.,M.B.A
Contact : bjaypee@gmail.com